Anything within this page should not be taken as legal advice. Any information provided will be general guidance and for reference purposes only. It does not constitute legal advice and should not be relied upon as such.

Specific legal advice about your specific circumstances should always be sought separately before taking or deciding not to take any action. If you wish to obtain legal advice specific to your situation and your decisions, please contact us at paul.lott@elmwoodslaw.co.uk or call 07752508303.

A Settlement Agreement (which was previously known as a Compromise Agreement) is a legally binding contract made between an employer and employee (or other eligible category of worker), either towards the end or just after the employment relationship has ended.

The Settlement Agreement sets out the terms between the parties and, once signed, prohibits the employee from bringing legal action against the employer in respect of their employment and / or its termination. This is usually in exchange for a termination or compensation payment, and other benefits which are also set out in the agreement.

Settlement Agreements can be used in many circumstances including the following (whether or not there is a prior dispute):

Each Settlement Agreement varies but, typically, there are clauses that deal with:

If the employee doesn’t sign the agreement they preserve their full rights to make a claim against their employer but, with the outcome of many Employment Tribunal claims being uncertain and potentially costly, a Settlement Agreement route facilitates a straightforward resolution of the ending of the employment relationship for both the employer and the employee.

Pre-termination negotiations (otherwise known as a ‘Protected Conversations’) came into force in July 2013.

They allow employers to have private discussions with employees about terminating the employment relationship, often under the terms of a Settlement Agreement, and anything said during the discussions is ‘protected’ and cannot be used by either party against the other in any subsequent Employment Tribunal claim.

Without Prejudice Conversations have a similar aim to Protected Conversations, but can only be held when there is a genuine dispute between the employee and employer already in place e.g. where an employee has raised a contentious grievance or litigation has already commenced or is being threatened.

What Protection Does A Protected or Without Prejudice Conversation Offer?

Protected Conversations, and/or any other documentation and/or correspondence related to the Protected Conversation, only provides protection from an unfair dismissal claim at an Employment Tribunal. They do not provide protection from any other potential Employment Tribunal claims and claims for discrimination, automatic unfair dismissal or unlawful deduction of wages, for instance, are excluded.

As the right does not extend to claims for discrimination, it is perfectly possible for an employee to use a Protected Conversation as evidence in such claims, but only if the conversation itself, or the reason for having it, was itself discriminatory.

In addition, the employee may allege that the employer has placed undue pressure on them to accept the Settlement Agreement offered, or has conducted the conversation in some other ‘improper’ way, such as being overly aggressive or if an employee has not been given reasonable time to consider a settlement proposal, and/or if a settlement offer is presented as a done deal from the beginning.  In these situations, an employee will also be permitted to use the conversation, and its contents, as evidence in an Employment Tribunal, and therefore it is important to tread with caution.

In contrast, Without Prejudice Conversations, providing there is already a dispute in place, can address claims other than unfair dismissal, including claims for discrimination, and will remain protected.  However, where any such discussions include threats, dishonesty, fraud, blackmail, undue influence or a serious abuse of privilege, the protection will be lost and a court or tribunal may gain the right to hear evidence on the point.

Planning The Approach (For Employers)

Prior to commencing a Protected Conversation an employer should also consider what steps they may need to take if they fail to reach an agreement with the employee, i.e. an ‘open process’. Although it is not a necessity, generally an employer considering engaging in a Protected Conversation with an employee should first have grounds to initiate or, better still, continue formal proceedings in relation to a conduct or capability issue.

A Protected Conversation would generally be preceded by an open conversation with an employee about the circumstances that had led to the conversation taking place i.e. any concerns that there may be about sickness, performance, conduct etc (being mindful of claims of discrimination), and seek the employees input on the current situation, without any suggestion that decisions have been made about the employee’s future employment.

Where it appears that a satisfactory resolution cannot be reached by the parties through the open conversation, an enquiry would be made with the employee to establish whether they would be willing to explore an alternative solution to the issues that have arisen involving their employment.

In the event that the employee indicates that they would be willing to discuss alternatives, or queries what this means, advise the employee that you are proposing to have an off the record, Protected Conversation, under section 111A of the Employment Rights Act 1996. Explain that it is entirely up to employee whether or not they wish to enter into such a discussion and if they ever wish to withdraw from such discussions they can.

If the employee says no, the employer has not compromised anything, but they would need to stop the conversation immediately, and proceed as normal, including following any informal and/or formal procedures.

If the employee says yes, it’s going to be difficult for them to argue later that they were not open to negotiation.

Advise the employee that this Protected Conversation will be confidential and that it will not have any bearing on any future decisions about the employment of the employee if the discussion is not successful.

If the employee is willing to have the Protected Conversation the discussion will be protected going forward, and the employer can advise the employee that one solution to the issues that had been identified, which may be in the best interests of both parties, could be to mutually agree to the termination of the employees employment under the terms of a Settlement Agreement.

Employers must not imply that the employee will be dismissed if the proposal is not accepted, or place any undue pressure on the employee to accept this proposal.

If the employee is willing to continue the discussion, employers can explain the proposed terms of the Settlement Agreement e.g. an ex-gratia payment, a payment in lieu of notice, holiday pay and an agreed reference.

If the Protected Conversation process continues beyond the initial discussion and/or proposal and there is a provisional agreement from the employee, the employee would be provided with a copy of a draft Settlement Agreement. Please note the employee is entitled to time to consider it and to receive advice from an independent legal adviser of their choice and a contribution towards this cost would be made by the employer.

As soon as the deadline for their response to the proposal passes, or the employee confirms that it is not their intention to agree to the proposal, employers should continue with any open process previously identified. 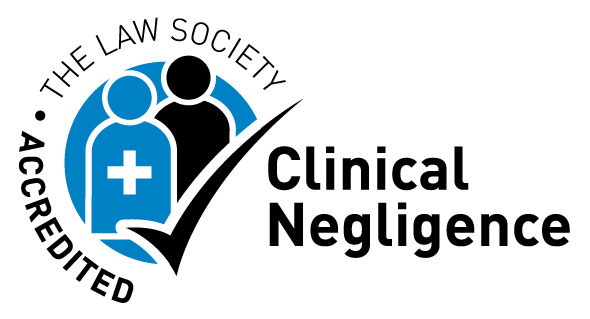